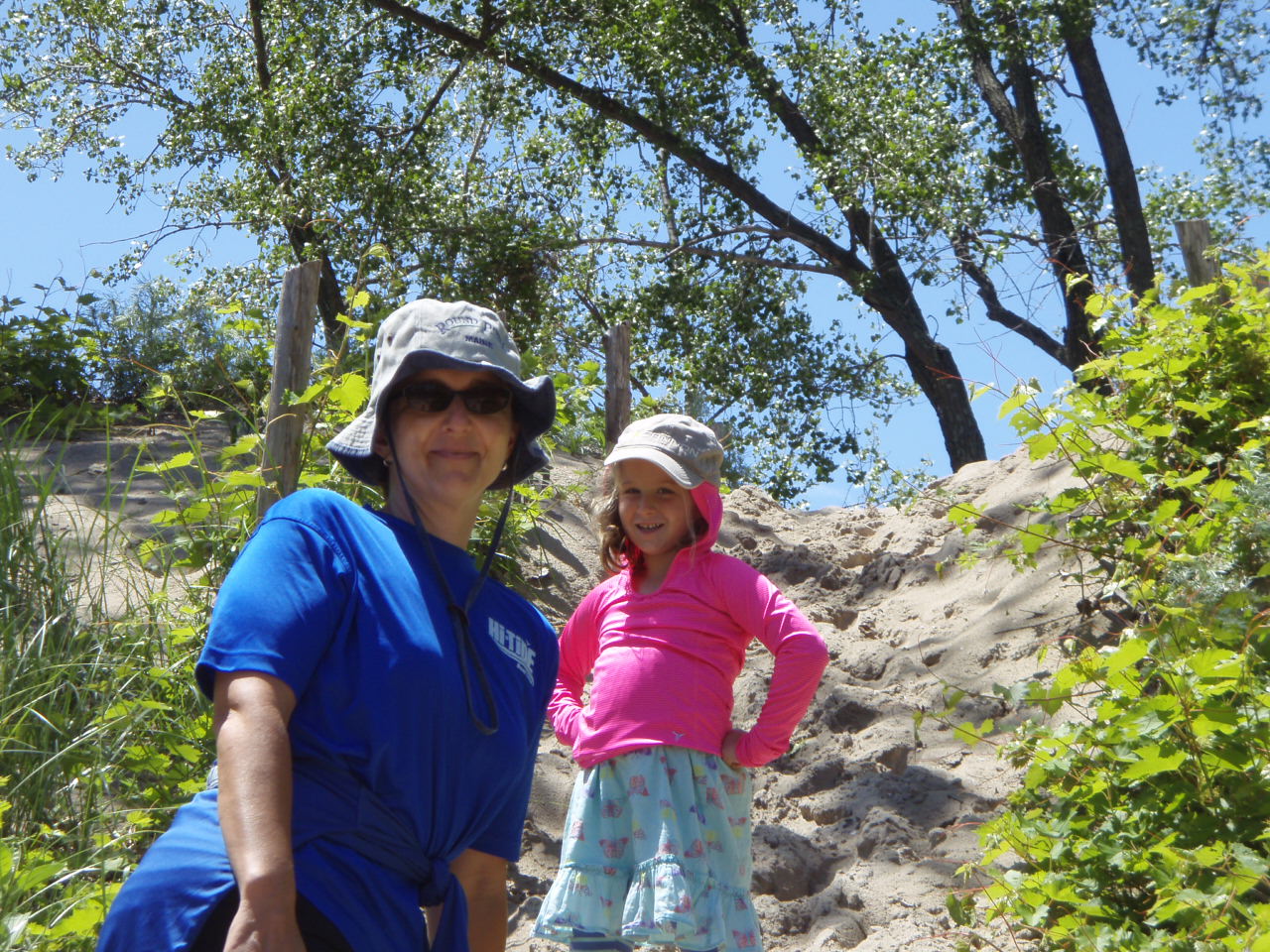 If you live in Florida, you’re likely used to summer weather starting around the same time your taxes are due and lasting until Thanksgiving. By mid-June, you’re lucky to not be scorched just by walking from your car to the beach. As Randy, Penn and I made our way from Toronto to the rural areas east of the city, our experience with Lake Ontario was a bit different.

Firstly, I forget that in places featuring below-freezing temperatures for the better part of the year, school is in session until the close to the summer solstice (around June 21), restarting after Memorial Day. This means that many boating attractions don’t get into full swing until July. Second, apparently the weather sometimes takes the summer solstice quite literally, and in some places, bodies of water don’t entirely thaw until the summer season has officially arrived.

This is what we experienced in Prince Edward County, a beautiful and unexpectedly progressive region just two hours east of Toronto. The Globe dubbed it, “the gastronomic capital of Ontario,” which is no slight accomplishment given its proximity to its notoriously hip neighboring city. The region is full of breweries, distilleries, wineries and locally-sourced cuisine and, given the weather we experienced, it seems we would have been better off exploring all of that. Instead, we attempted to get out onto Lake Ontario, only to find that many boat rental locations had yet to be fully operational; we ended up settling for dune climbing and beach lazing. 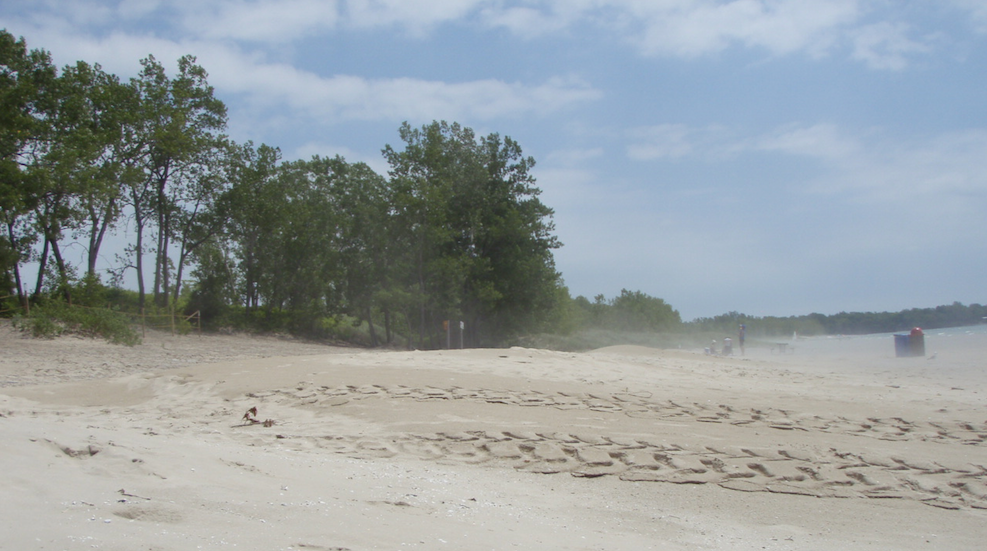 While we were sitting on the beach I noticed a slight haze blowing up the beach toward the dunes. When I see this at the Florida beaches back home, it’s simply the reaction of beach sand on a windy day. On the shores of Lake Ontario, however, I realized that I wasn’t feeling grains of sand pelting my body. And with each gust of wind, I also noticed a slight chill that cut underneath the warmth of the sun. I’m far from being a weather expert, but as Randy and I were puzzling over this hazy phenomenon, we realized its origin. Since summer was still in its early stages, the temperature of Lake Ontario was still far below that of the air. The meeting of the two elements created a mist of condensation, constantly showering beachgoers.

I was amused and humbled by this phenomenon at the same time. When I’m on the beach in Florida, especially around spring break time, I relish a good chuckle when I see pasty northerners slathering themselves with sunscreen and hiding under umbrellas and sun-protective clothing. At this moment on the shores of  Lake Ontario, I got to laugh at myself huddling from the cold while the Canadians in bikinis got their summer party on. 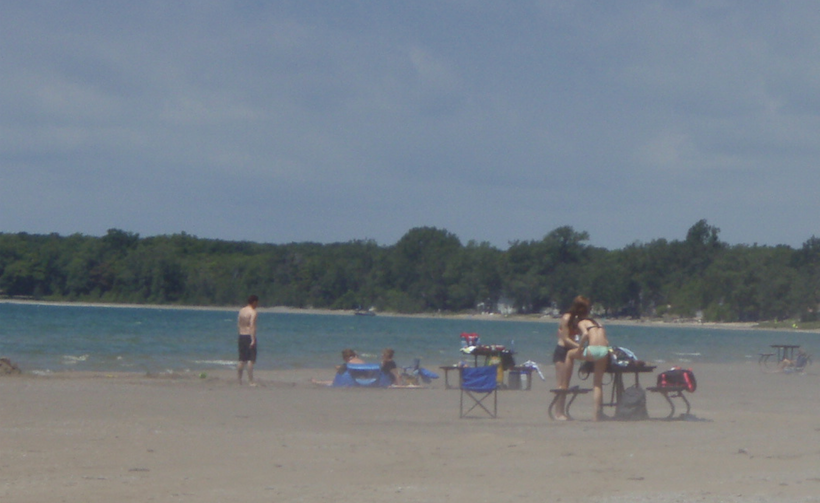 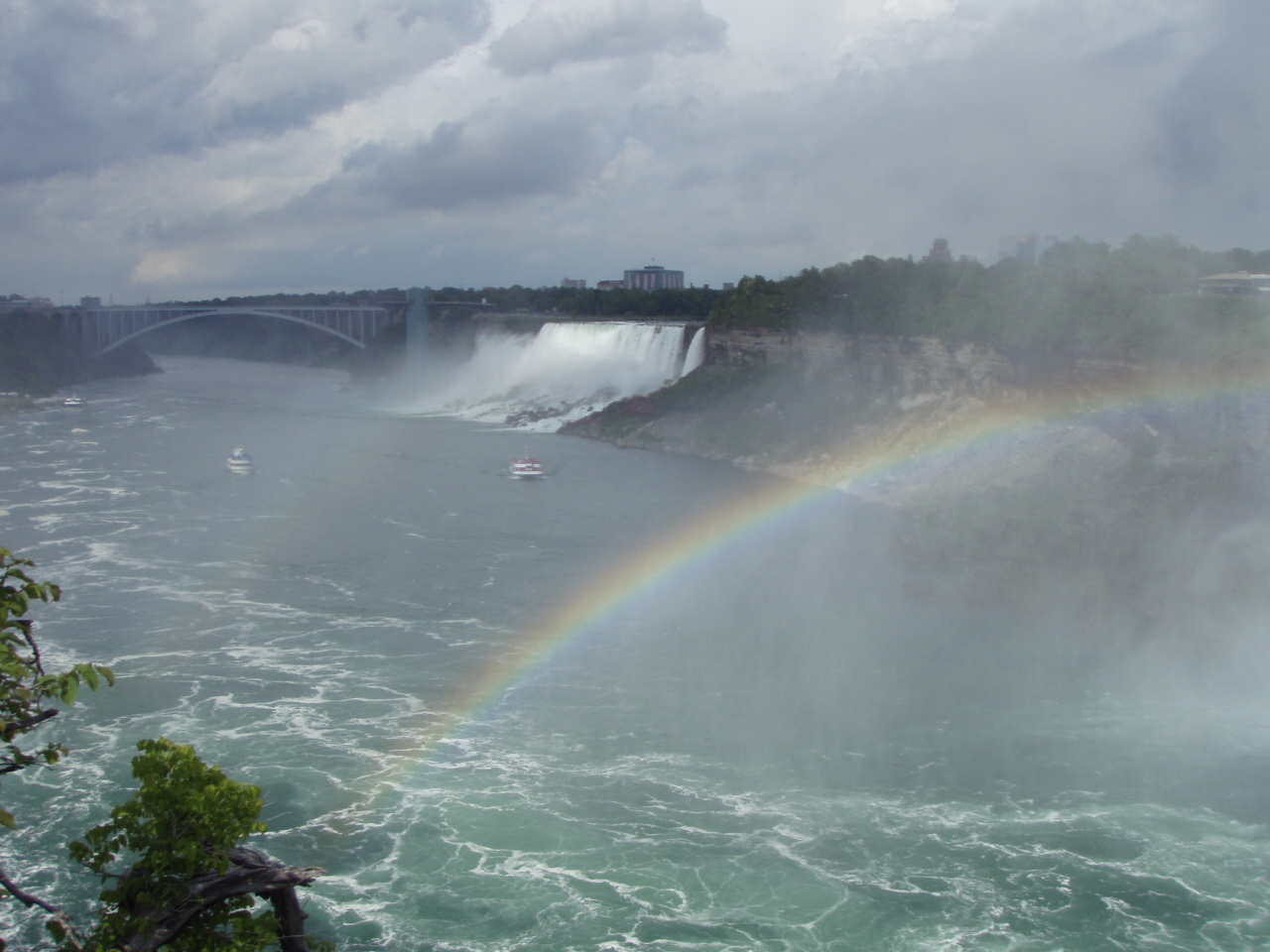 Even after my second visit to Niagara Falls, I still thought of the place as a sort of mini-Vegas, filled with on-the-spot wedding chapels and heart-shaped beds. Perhaps I had a different impression on my most recent visit since we stayed at a campground, but the power of the falls was absolutely mesmerizing.

The 180-foot tall wall of water that is Horseshoe Falls (the one on the Canadian side) is about 12,000 years old. With the Niagara River flowing over this wall at approximately 35 miles per hour, allowing six million cubic feet of water (about a million bathtubs-worth) over the crestline every minute, the Horseshoe erodes approximately one foot each year. The heart-thumping sound of this phenomenon is where the site got its name: “Niagara” comes from the word “onguiaahra” which means, “a thundering noise.” From the crestline of the falls, water from the Niagara River ultimately ends up in Lake Ontario. From there it drains by way of the St. Lawrence River into the Atlantic Ocean. 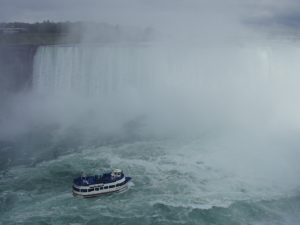 The power of Niagara Falls can’t help but to elicit attempts to conquer them. A number of these tales exist; my favorites include:

Hopefully for the rest of us, enjoying the stunning view will be enough of a thrill without the need to experience the descent directly. The sight and sound of Niagara Falls alone should be enough to remind us of the power of water, especially when we’re in it and on it.

And if that doesn’t do it for you, I can also gleefully report that the city of Niagara Falls has other types of liquid entertainment. Check out what’s on tap this season at the Niagara Brewing Company, then walk right up the street to the Rainforest Café to get your kid a non-alcoholic cocktail of sugary goodness – fun for the whole family! 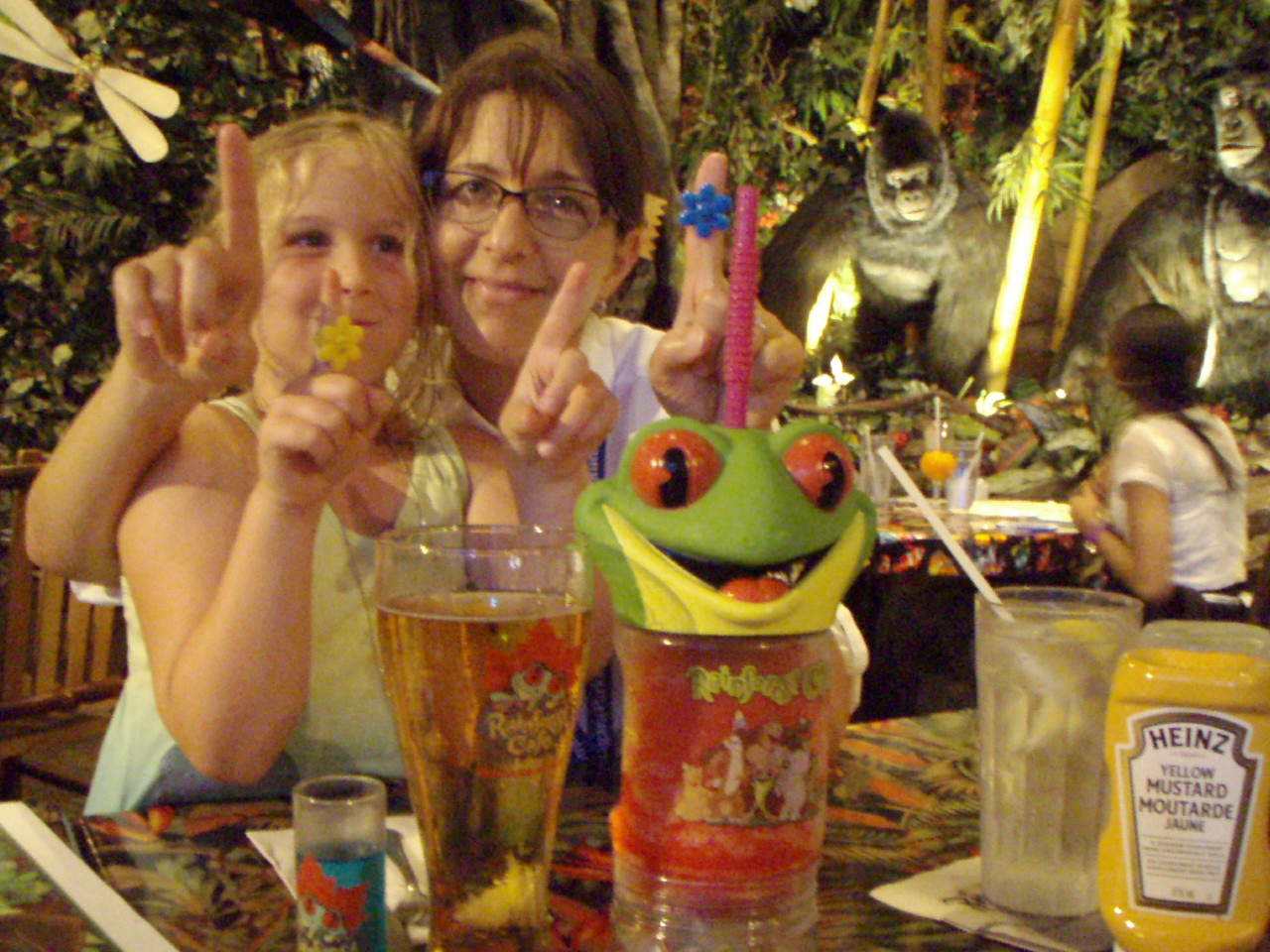 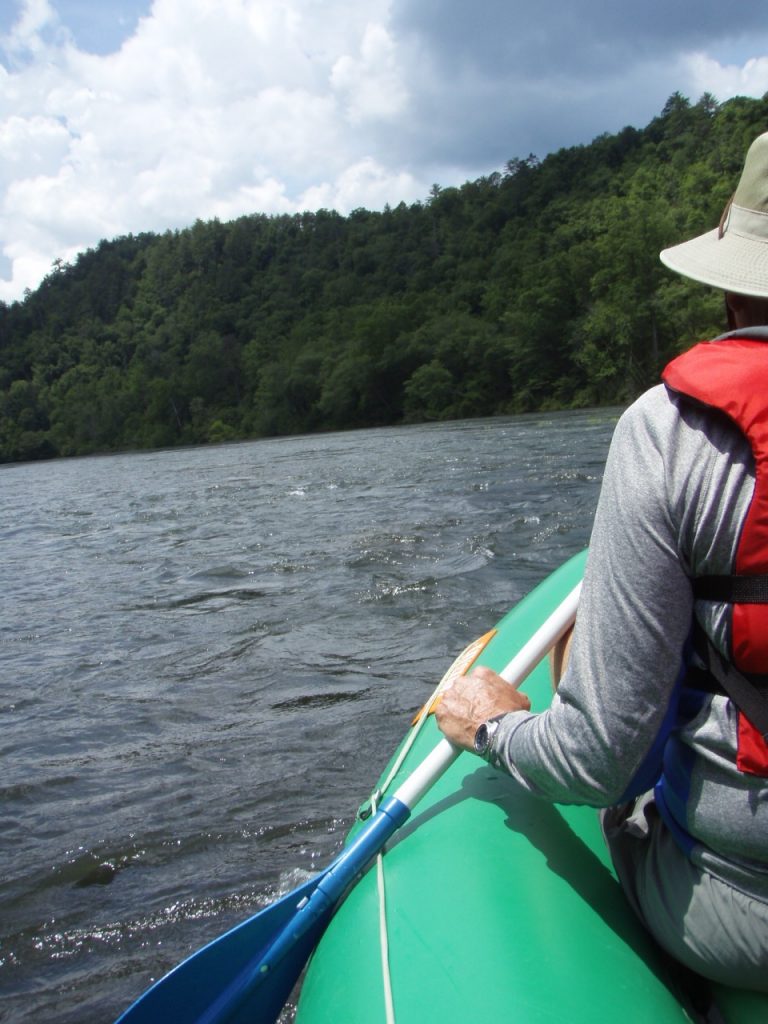 Having grown up on the water, I’d like to think I can handle myself (with at least remedial success) around all sorts of vessels and water bodies. On the first stop of my family’s summer journey, we visited my mother and stepfather in eastern Tennessee. We were looking for water adventures, so my mom researched ahead of time to find a few family activities appropriate for a 5-year-old. We found our adventure in whitewater river rafting on the Hiwassee River.

Our trusty facilitators for this whitewater adventure were Webb Brothers Float Service, Inc., a company that has been in business in the same location since 1936. We were assured that the term “whitewater” was used vaguely and that our experience would be a fairly calm, 4-hour float down the river; I was as nervous about having a 5-year-old in a raft for that long as I was about the potential for rapids. True to their word, there was little whitewater, but I quickly learned that the water doesn’t have to look turbulent for there to be rocks just beneath the surface, threatening to your raft.

So let’s backtrack for a moment and review the human contents and experience on this river rafting adventure: 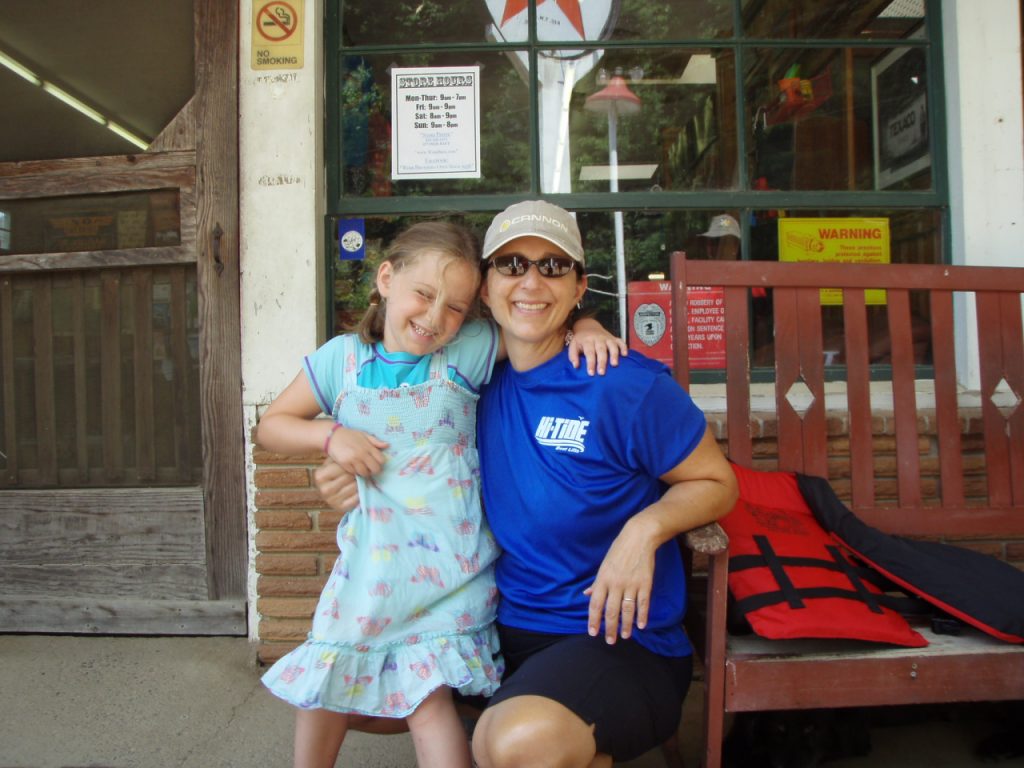 Despite the impressive Curriculum Vitae of this group, we were hopeless (and hapless) at reading the water ahead, determining where there would be sufficient depth to get through, and navigating our way through the obstacles. Ever-hopeful for a summer’s day nap on this river rafting adventure, I quickly realized that my dream would be thwarted. At just about every opportunity of water ripple, we got stuck on another lurking rock – it was a humbling and elucidating experience. Despite the periodic frustration, the lesson I received had me newly present to the range of learning there is to explore on different bodies of water. 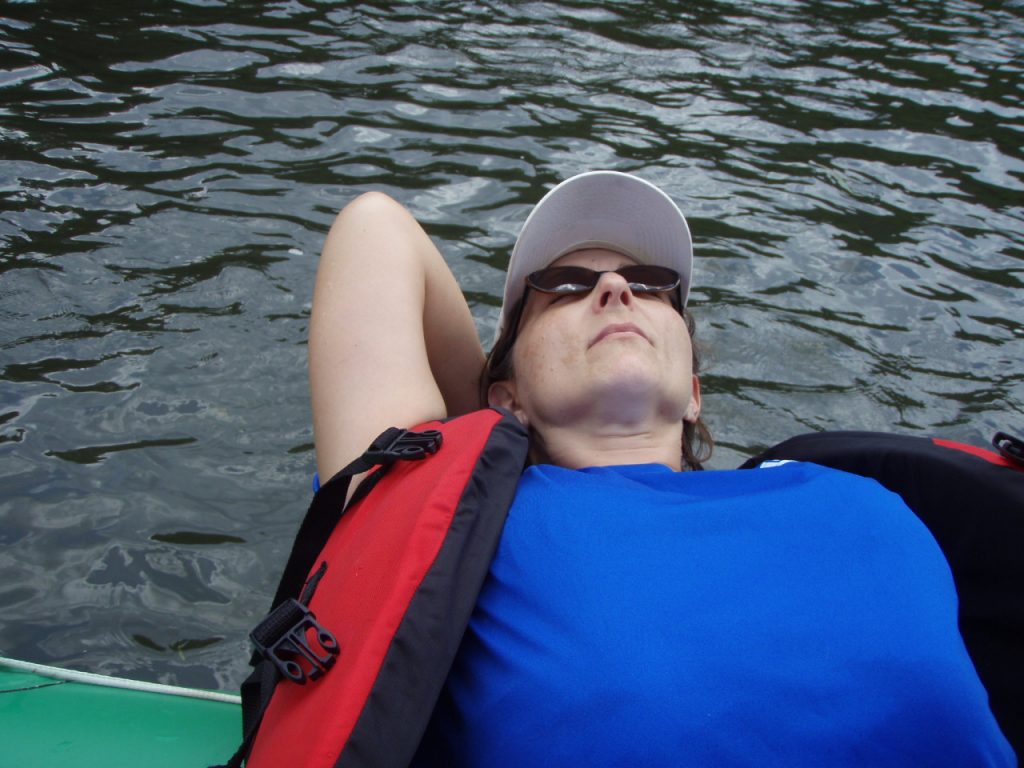